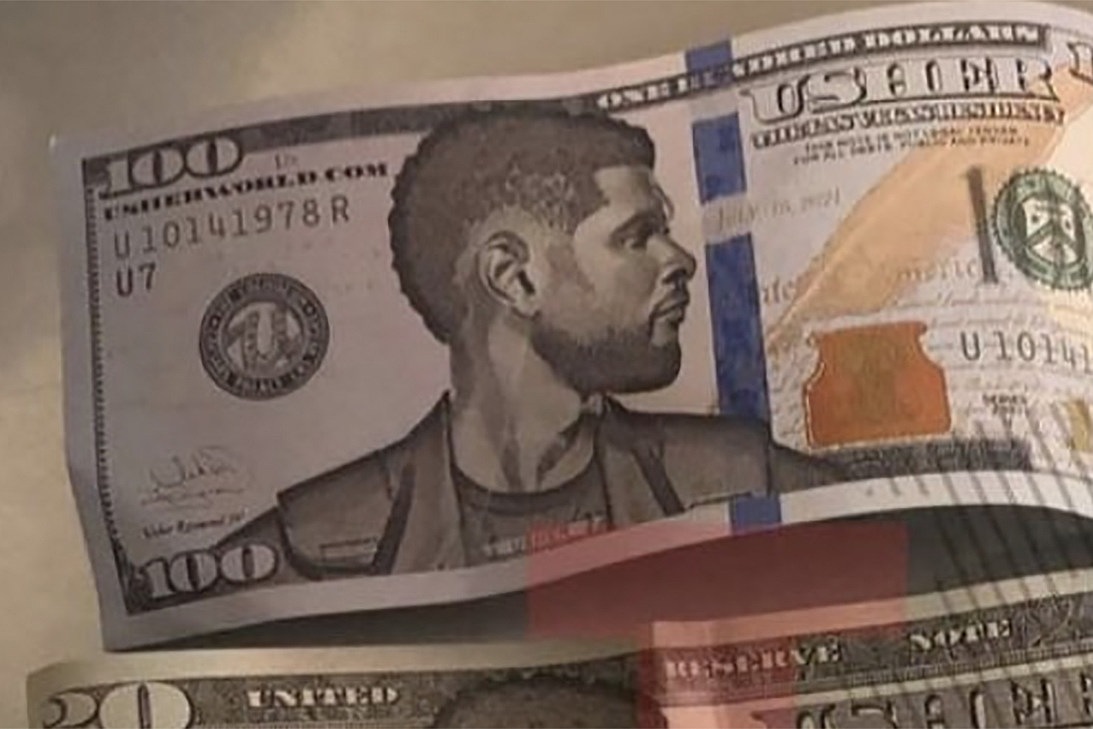 Usher had folks on the internet either in stitches or scratching their heads after rumors surfaced online that he paid some strippers in Las Vegas with fake money donning his face. 21 Savage and Chris Brown were among those amused by the R&B singer’s fake bucks, which were printed in denominations of $1, $20 and $100 bills.

On Tuesday (April 13), both 21 and Breezy shared photos of themselves jokingly flexing with the faux cash.

“Y’all ain’t the only ones gettin that usher money,” the Atlanta rhymer captioned an image of himself doing the signature money spread.

Meanwhile, Breezy posted a picture on his Instagram Story of a $20 bill with Ursha Baby’s face in place of former President Andrew Jackson, who is printed on the actual bill. On the image, Chris Brown typed, “When I say the boy got his own money… Da boy got his own money.” The Slime & B artist also tagged Usher in his post.

Turns out, despite rumors claiming that Usher allegedly paid a few dancers at Sapphire Las Vegas Gentlemen’s Club fake money, his team is debunking the hearsay. According to a report from TMZ on Monday (April 12), someone from the Georgia native’s team left the fake cash on the stage as a joke, but also to promote his upcoming Las Vegas residency.

The outlet also claims that not only did Usher spend thousands on the exotic dancers at the club, but he also indulged in bottle service and supposedly tipped the staff at the club handsomely.

Reports of Usher dropping fake bills at the strip club apparently stems from an Instagram user named @beel0ove. The unnamed woman posted images of the money on her Instagram Story and posed the question: “Ladies what would you do if you danced all night for usher and he threw this??”

The woman wrote in another social media post, “& the money does not have a trade in value what so ever! Lmao don’t y’all think he should be blasted on social media for this shit?” While she didn’t tag Usher in the post, it can be presumed that the woman was referring to the Hard II Love singer and was alluding to his fake moola.

XXL has reached out to Sapphire Las Vegas Gentlemen’s Club for a comment on this matter.

Tell us something about yourself.
Tags: 21 savage Chris Brown news usher